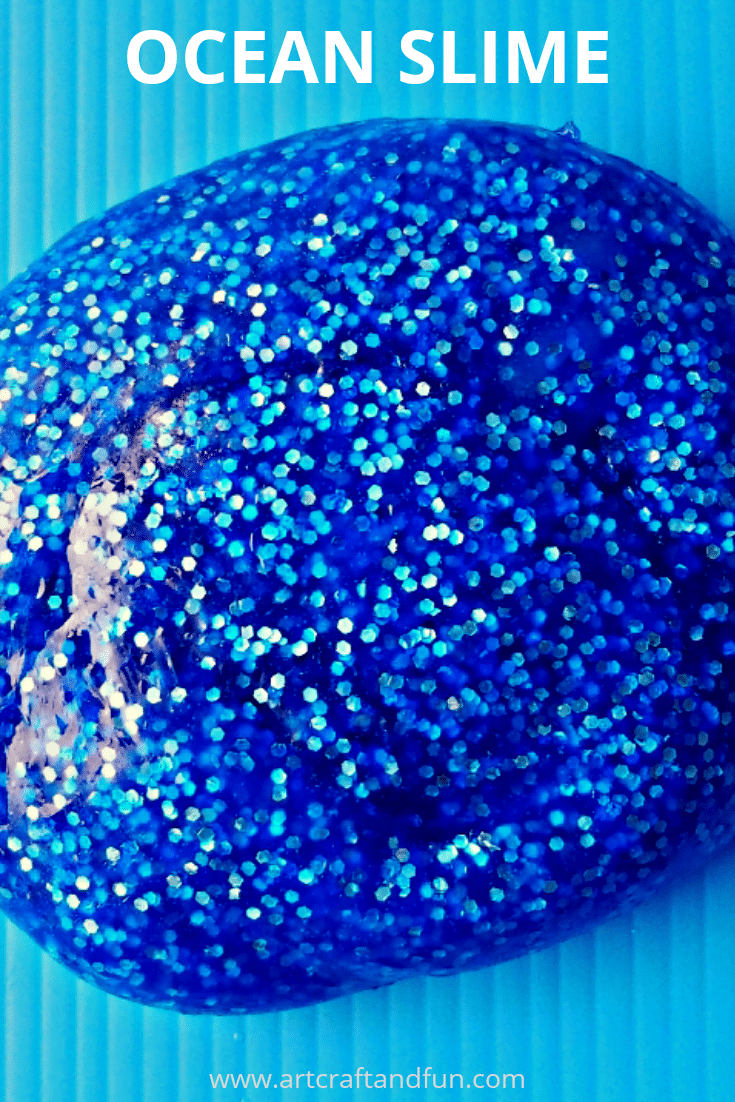 After constant insistence from my YouTube obsessed daughter i finally decided to make Glittery Ocean Slime for her. She has been watching slime videos for forever now. And obviously she wanted me to make some with her. To be honest i was a bit hesitant. I wasn’t too sure if i would be able to make slime. It seemed hard to me honestly. But oh man was i wrong ever! This has got to be the easiest slime recipe out there. By the way there are tons and tons of almost identical recipes everywhere on Pinterest. 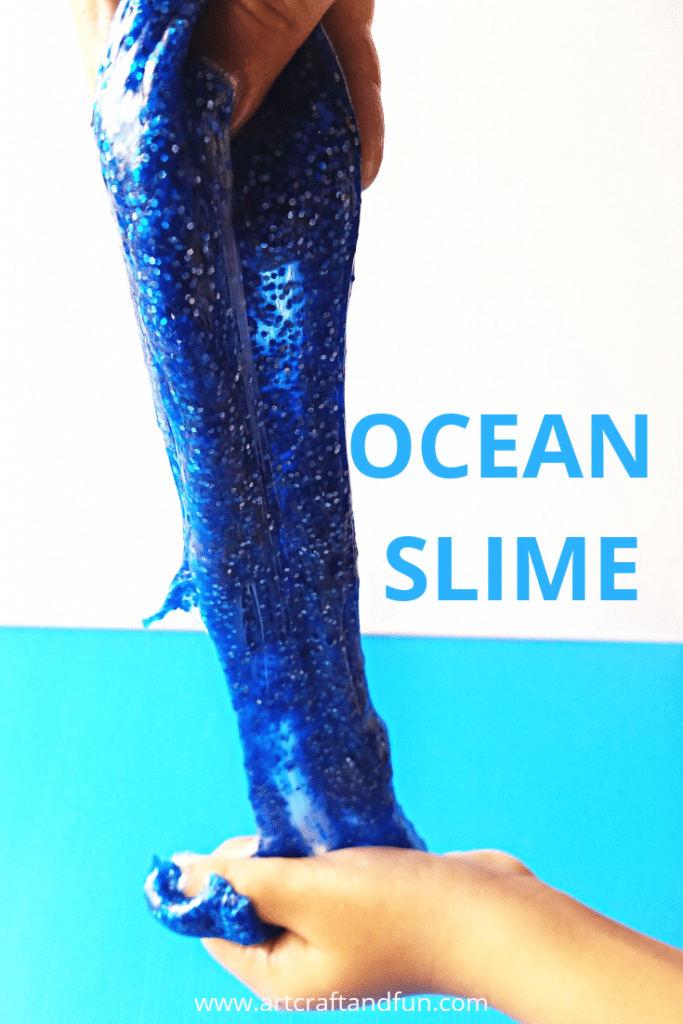 I decided to make our Glittery Ocean Slime using a recipe that involved contact lens solution. Because way back i had tried the borax recipe slime and it didn’t work for me and i wasn’t too comfortable using borax in its raw form with my daughter. So this easy contact lens solution recipe is the one i used for our Glittery Ocean Slime. And if you are wondering whats the science behind slime, then i have the answer for that.

Slime is a popular thick and slimy substance loved by all kids. It’s science lies behind combining PVA glue with an activator – borax to change the chemical composition of the glue and convert it into a polymer cross-mixing. So while you are making my easy Glittery Ocean Slime you can tell your kids you are doing a kool science experiment!

1.Slime is a non Newtonian fluid. Which means its neither liquid nor solid.

2. Making Slime is actually a lesson in chemistry, where we change the molecules of the PVA glue with the help of an activator, in this case Borax. (Finally high school chemistry is coming useful somewhere in life).

3. Slime first became popular in 1976 and was marketed as an eky yucky gross toy.

4. Slime has become super popular these day, and there are tons of different recipes for it. Food coloring and glitter has made slime into something super pretty. 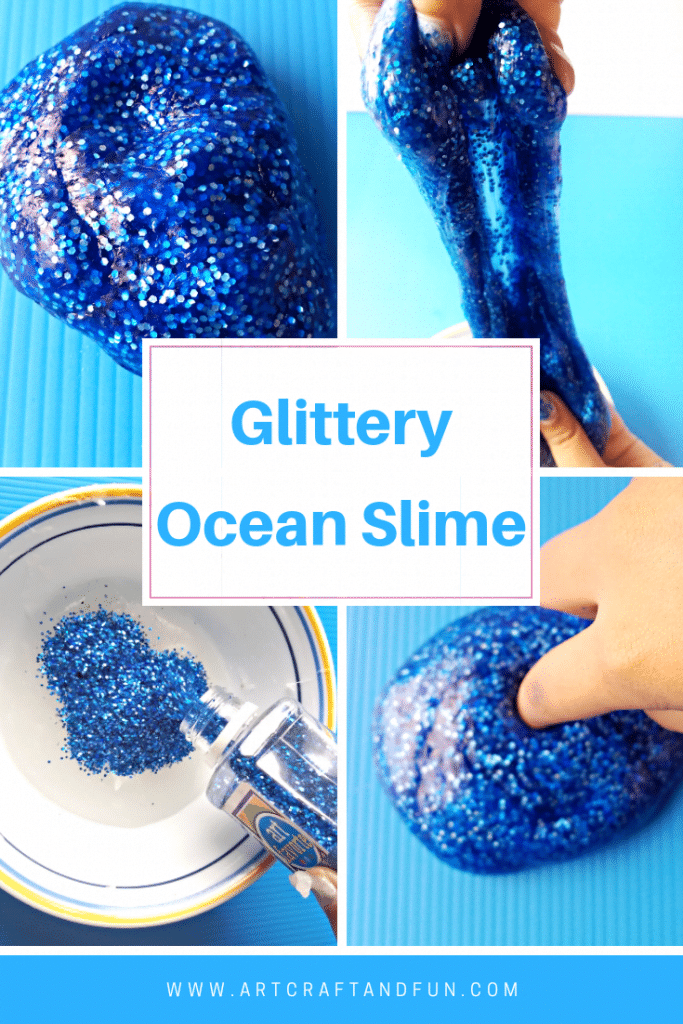 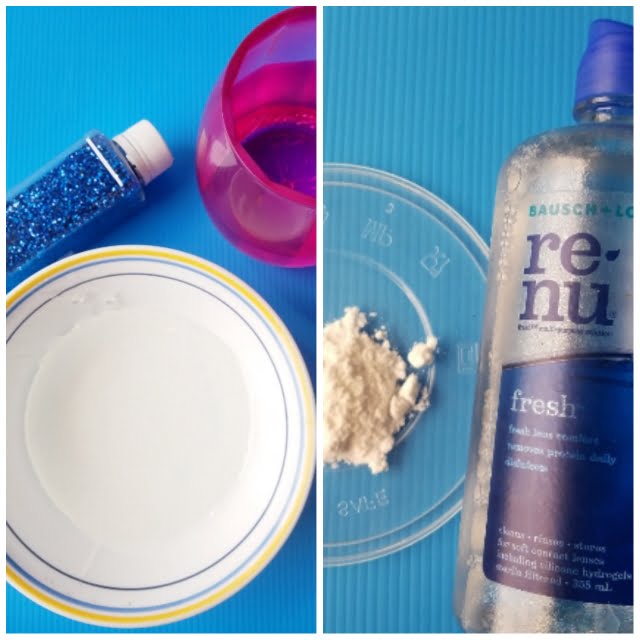 Note: If Elmer’s Glue isn’t easily available where you live then i suggest you try Adx clear glue or UHU clear glue. 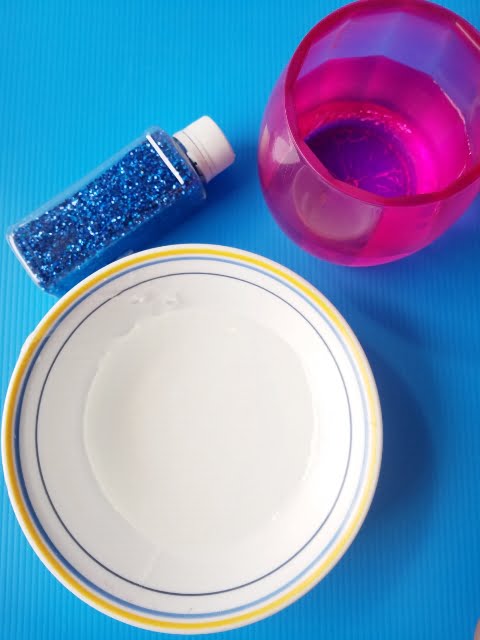 2. Add baking soda to it and mix it well. The clear glue will turn opaque at this stage.

4. Mix the glue well. At this stage slime will be very sticky ,gooey and stringy. Don’t panic and just keep mixing.

5. Now drain the excess water from your slime bowl.

6. Next slowly add the contact lens solution to your slime. Drain the access solution once your slime starts to form. It should look something like this. It will still be pretty soft and stringy 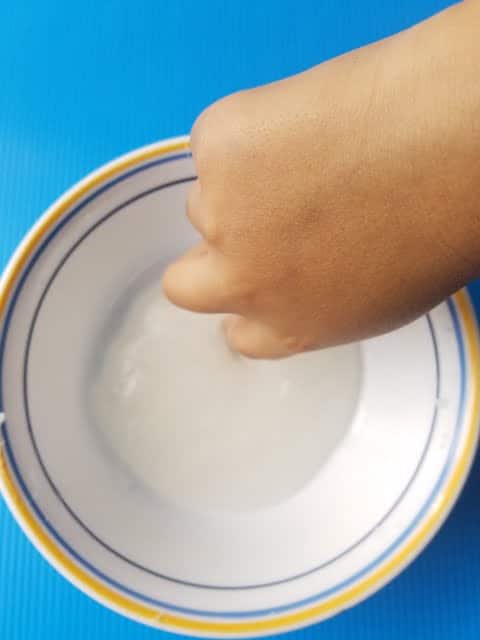 7. Keeping mixing the slime and add your blue glitter now. We added tons of it! 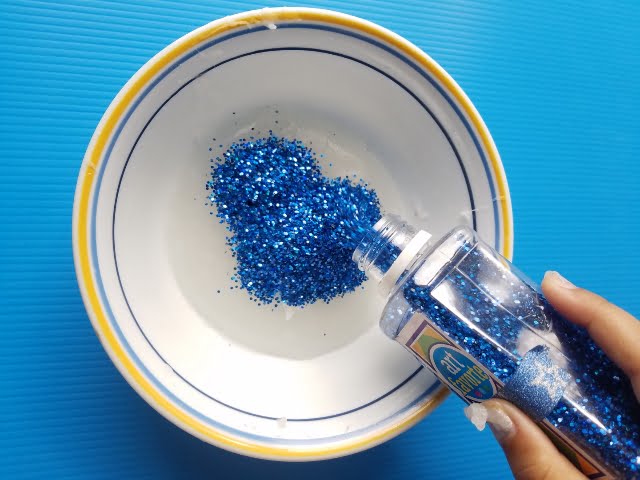 8. Now keep kneading your slime. You can use yours hands to knead. Notice its still pretty stringy. Keep kneading and it will get better. 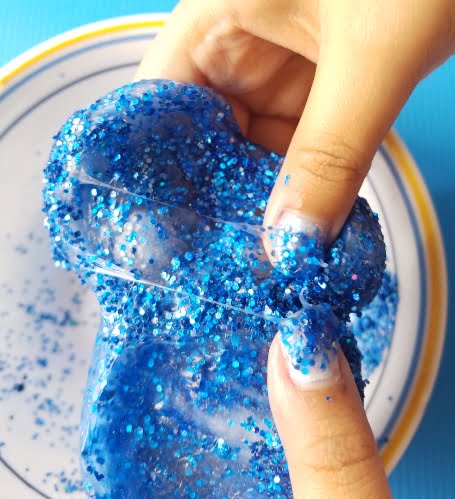 Glittery Ocean Slime does need a lot of kneading. If your slime is still too runny add in a bit more contact lens solution. If its too hard then add in more water. 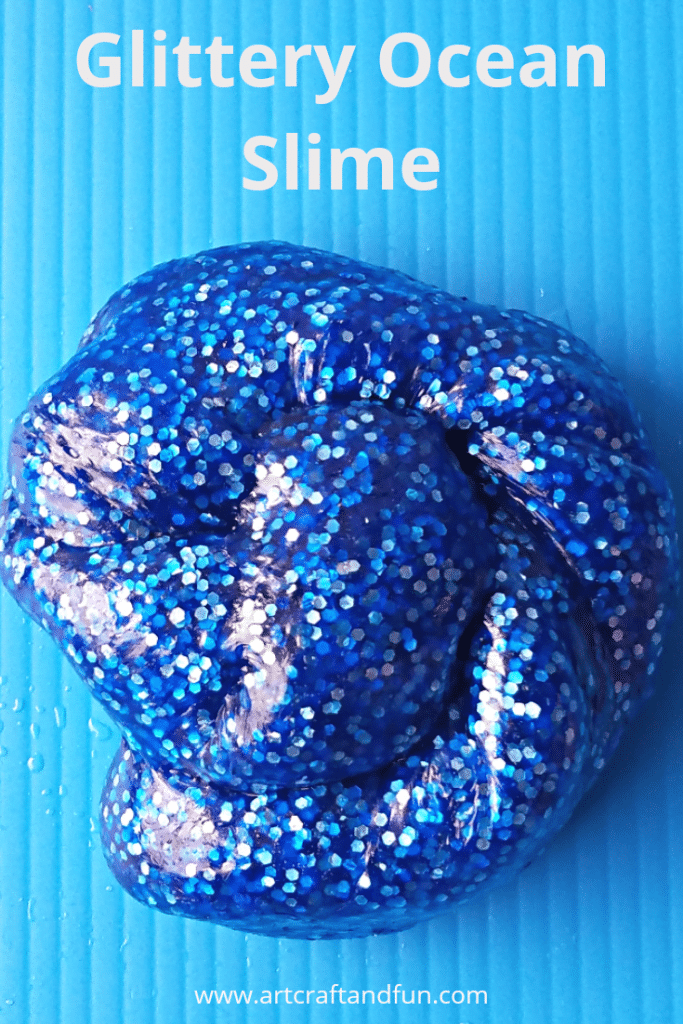 Pretty sparkly  Glittery Ocean slime is ready now. Let your kids have all the fun making this slime. You might have noticed i don’t have photos of all steps of Glittery Ocean Slime. And this is because my daughter was having too much and wouldn’t let me take photos and stop at each step. And i honestly didn’t want to disturb her too much. For more fun and easy ocean crafts check out my Paper Plate Crabs and my Egg Carton Fish Craft. I hope you enjoy making this Glittery Ocean Slime as much as we did. Happy Crafting With Us!!!

This site uses Akismet to reduce spam. Learn how your comment data is processed.

Hi, I am Asma. Welcome to my happy place. I love to make easy and fun crafts with my very talented 7 yr old daughter. We love our crafting time together and want to share our fun with you and your littles ones. So explore the site and have some fun. Happy Crafting!!!

We use cookies to ensure that we give you the best experience on our website. If you continue to use this site we will assume that you are happy with it.Ok